Want to Double (or Triple, or Quadruple) Your Internet Speed?

Following the advanced features of Load Balancing and Failover with multi-WAN, DrayTek have developed another feature, WAN Aggregation. This feature aggregates the bandwidth of the attached WAN connections to provide a higher speed Internet link.

This is very useful for businesses who need higher Internet speed to provide every user with sufficient WAN speed. For example, if you are the owner of a Café that provides free or paid Wi-Fi Hotspot, and your Internet capacity is limited to the ADSL speed at your location. Now you can aggregate 2 or more ADSL or 4G mobile services to increase speed for each of your clients.

The screen shots of Speed Test below shows how this new feature works. These are based on the Vigor3900 router in our office with 2 ADSL connections from 2 different ISPs: Internode ADSL on WAN1 and Telstra ADSL on WAN2.

So with WAN Aggregation we now get 22.58Mb/s download speed and 1.68Mb/s upload speed, as shown in screen shot 3. This results in faster and more responsive Internet access for every client on your Hotspot network. 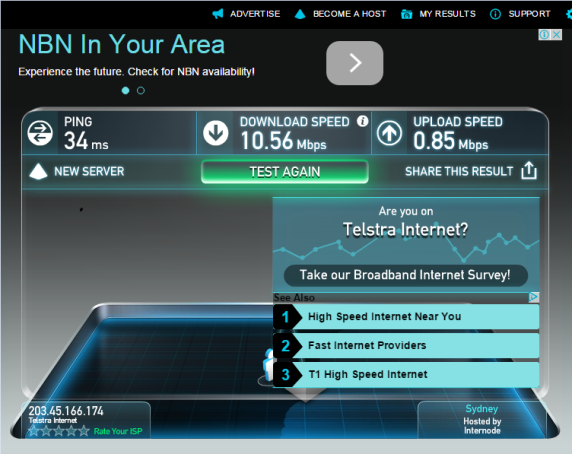 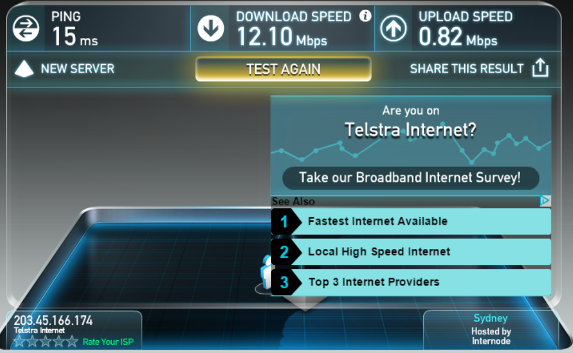 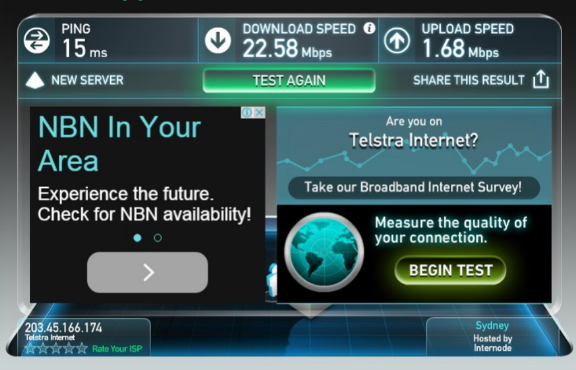 At the moment, the WAN Aggregation feature has been developed for Vigor3900, Vigor2960 and Vigor2925 series. It is expected to cover additional router models in the future. The firmware is in Beta version as of early Feb 2016; however, this is expected to become formal in the coming months