Wi-Fi Roaming and how to use it on VigorAP

Wi-Fi Roaming and how to use it on VigorAP

Wireless roaming is when a wireless client (station) moves around in an area with multiple access points (APs), it can automatically switch to another AP which has better signal strength. 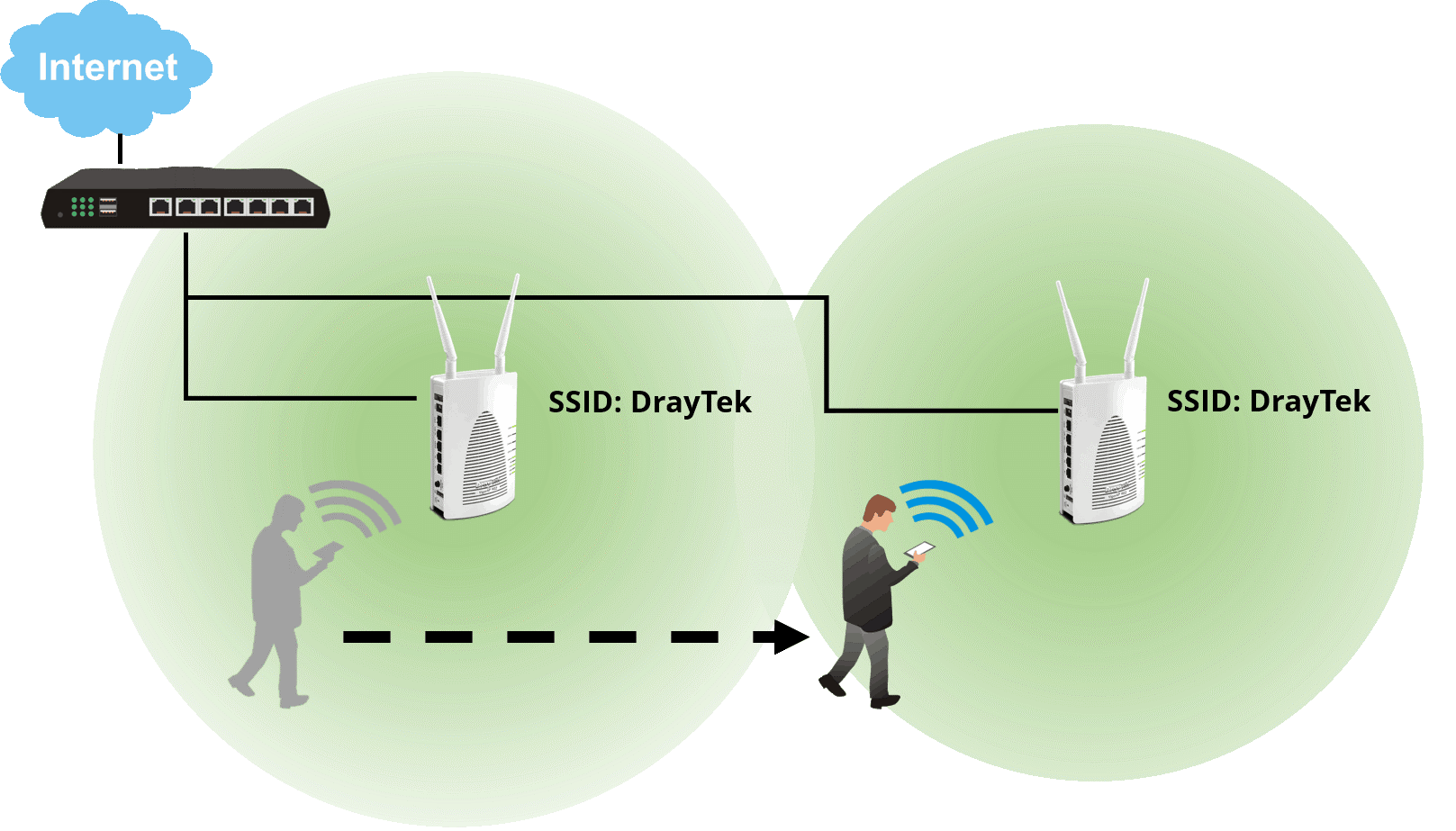 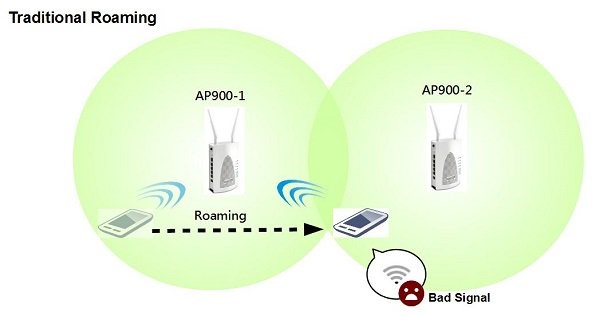 VigorAP provides “AP-assisted Client Roaming” which assists wireless clients to roam more effectively. Network administrators can set up conditions related to RSSI or Link rate for APs to kick out wireless clients with poor signal to help them transfer to another AP with a stronger signal. 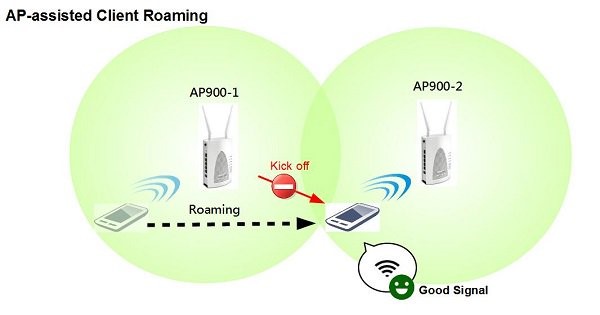 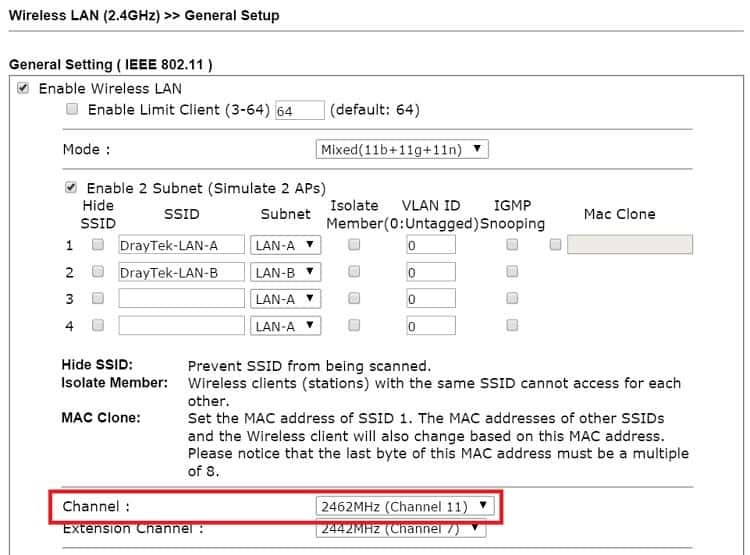 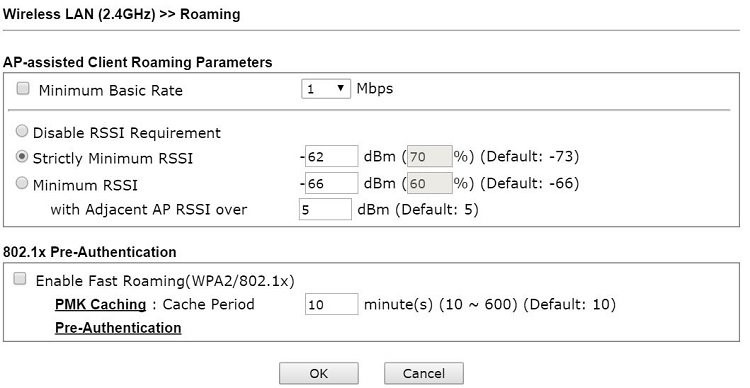 Note: You can enable Basic Rate and RSSI Requirement at the same time, AP will disconnect the wireless client once it meets one of the conditions. 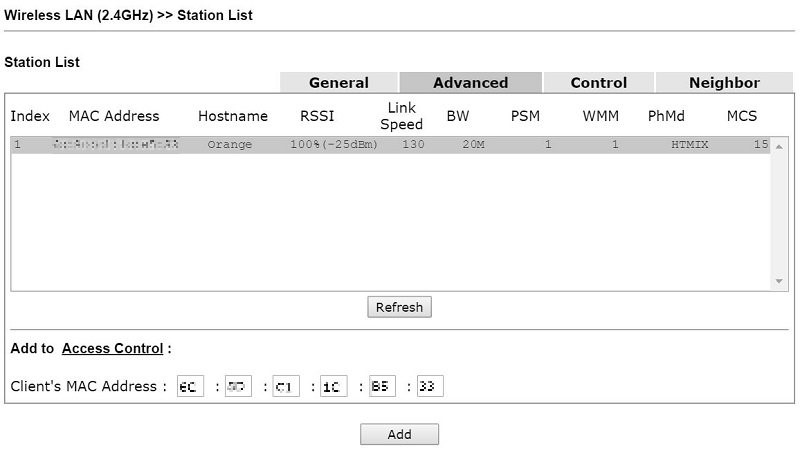 On Android devices, we can see the signal strength of each SSID. Go to Developer Options to enable WiFi Verbose logging. Then we can check the Wifi RSSI (-dBm). 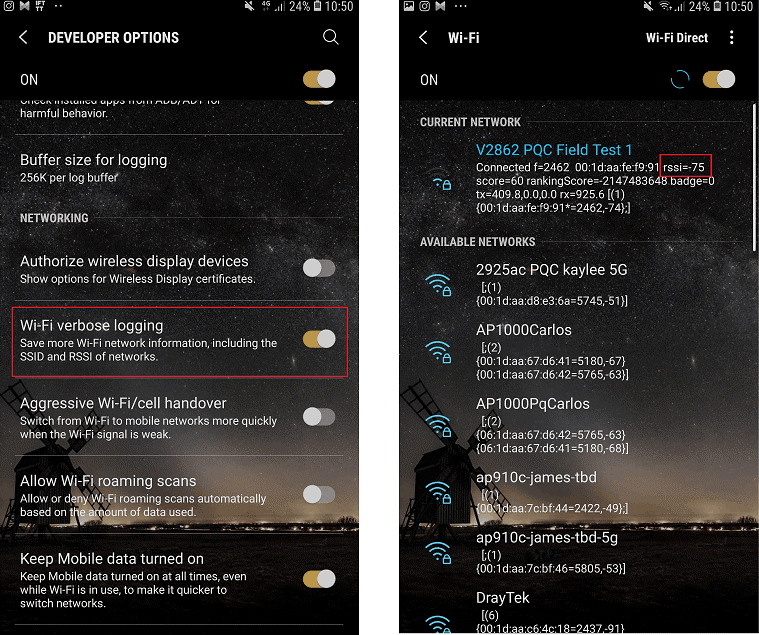 Network administrators can also check for the message “kick off” in the Diagnostics >> Syslog Explorer. These indicate that the AP has disconnected a wireless client due to the AP-assisted roaming settings.

Improve Handover from the Client 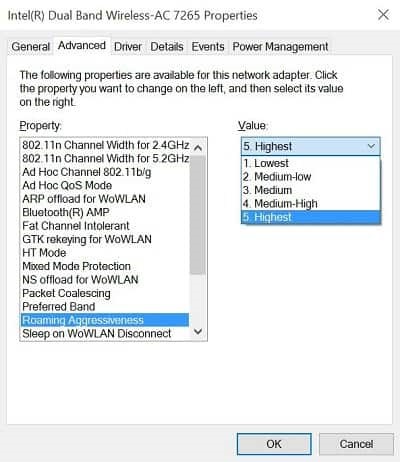